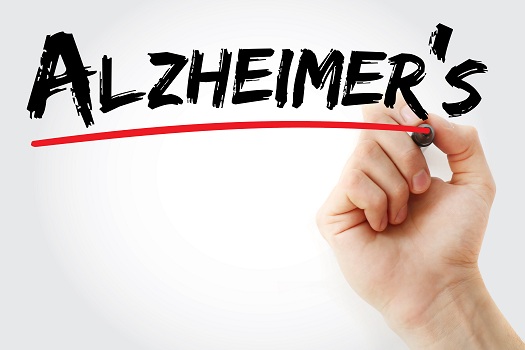 Alzheimer’s disease is a degenerative brain condition that causes aging people to slowly lose cognitive function. There’s quite a bit of information about the later stages of Alzheimer’s, but little is known about what causes the disease in the first place. Scientists from Moscow State University and King’s College London collaborated to study possible causes of Alzheimer’s disease. The team of Russian and British researchers may have identified the essential trigger that causes this condition, and further research may lead to a breakthrough in finding a way to stop the progression of the disease.

Scientists Research the Role of Amyloids

Beta-amyloid peptides are proteins that usually protect brain cells. When these proteins aren’t needed, the body naturally divides them into tinier structures that are removed from the brain. However, previous medical research has revealed that in seniors with Alzheimer’s, these proteins end up grouping together in clusters called amyloid plaques that coat the brain and impede proper neuron function. Vladimir Polshakov, the researcher who led the study, decided to examine these peptides to try and understand why they stick together and cause such debilitating symptoms in people with Alzheimer’s disease.

If your senior loved one has been diagnosed with a serious condition and needs help with tasks like meal prep, transportation, bathing, and grooming, reach out to Home Care Assistance, a leading provider of elderly home care families can trust. We also offer comprehensive care for seniors with dementia, Alzheimer’s, and Parkinson’s.

Caring for a senior loved one can be challenging for families who don’t have expertise or professional training in home care, but this challenge doesn’t have to be faced alone. Family caregivers can turn to Oshkosh Home Care Assistance for the help they need. We provide high-quality live-in and respite care as well as comprehensive Alzheimer’s, dementia, stroke, and Parkinson’s care.

The Study’s Discoveries May Be Significant

This was the first medical study to determine why the normally protective peptide proteins suddenly clump together and damage brain cells in aging adults. With the new understanding that zinc ions facilitate rapid peptide bonding, scientists are optimistic about finding a cure for Alzheimer’s disease. However, more research is needed to understand why zinc only affects isomerized peptides. In the future, it may be possible to create a medication that will block zinc ions from creating amyloid plaques. The scientists who conducted this groundbreaking study hope their discovery will spur further research into finding a way to prevent zinc ions from triggering the accumulation of amyloid plaques in the brain.

While this possible breakthrough requires further testing, it’s undoubtedly an intriguing prospect for those currently living with Alzheimer’s disease. The days, weeks, and months following an Alzheimer’s diagnosis can be challenging for both seniors and their families. However, these challenges can be made less stressful with the help of caregivers trained in professional Alzheimer’s care. Oshkosh Home Care Assistance is here to help your loved one enjoy the golden years while simultaneously managing the symptoms of Alzheimer’s. If you need professional home care for your loved one, our Care Managers are just a phone call away. Reach out to Home Care Assistance today at (920) 573-6295.